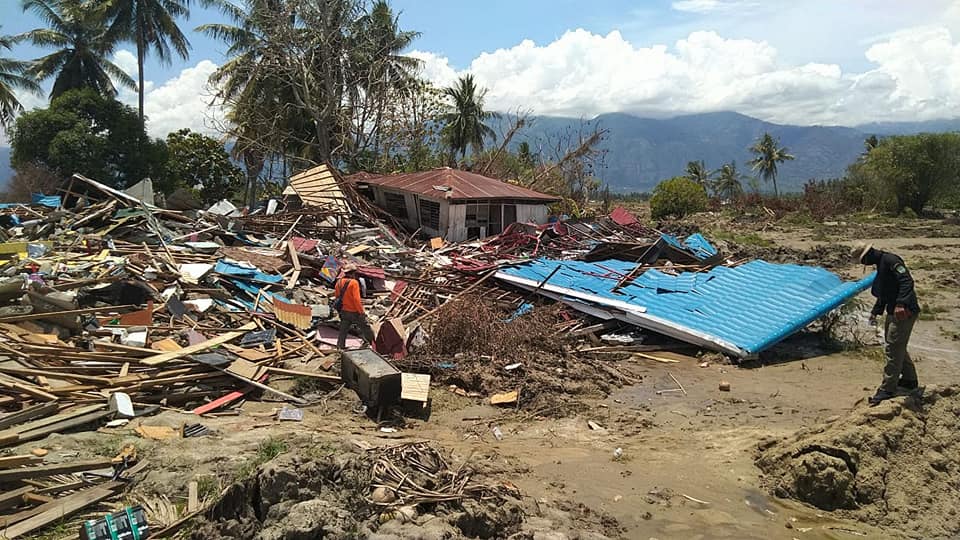 When the earthquake and tsunami hit the Indonesian city of Palu, Central Sulawesi, last Friday, they not only brought wreckage and death. The twin disasters also swept away efforts by activists and the municipal administration to support the survivors of Indonesia’s violent anti-communist purges in 1965-1966. In the rest of the country, such survivors are still very marginalized.

In Palu, a city of some 350,000 inhabitants and the capital of Central Sulawesi province, activists had convinced local government leaders to work with them in helping these survivors. Palu is the only place in Indonesia where a government leader has made an official apology to the victims of the anti-communist violence in the area. Some five days after the devastating natural disaster, the fate of some of those activists is still unknown.

Indonesian people lived under Suharto’s New Order authoritarian regime between 1968 and 1998, when the president was forced to resign. From 1965-66, the army, under Suharto, spearheaded anti-communist operations that killed half a million people and led to the detention of hundreds of thousands.

The army blamed Indonesia’s Communist Party (PKI) for the murder of seven army officers on the night of September 30 and in the early hours of October 1, 1965, by a group calling itself the Thirtieth September Movement. The 53rd anniversary of these events coincided with the terrible disaster in Central Sulawesi.

In 2012, the Palu mayor, Rusdy Mastura, apologized to the victims of the anti-communist violence. He pledged to provide assistance to them and their families in the interests of “equality, openness and humanitarian considerations.” In his speech, Mastura recalled how, as a boy scout in 1965, he had been tasked with guarding leftist detainees.

SKP-HAM was founded in 2004. Its best-known leader is the dynamic secretary, Nurlaela Lamasitudju, the daughter of local Islamic cleric, Abdul Karim Lamasitudju.

Following his apology, the SKP-HAM lobbied Mastura to deliver on his promises by providing healthcare and scholarships. A mayoral regulation and a Regional Action Plan for Human Rights (Rencana Hak Asasi Manusia, Ranham) were promulgated to enable this. These local government instruments have been made possible through Indonesia’s regional autonomy laws.

The mayoral regulation also established a committee to oversee human rights protection and restoration of victims’ rights. On May 20, 2013, Palu was declared a “Human Rights Aware City.” Each year, the city holds a series of human rights-related events. In May 2015, the Palu City Regional Planning Body oversaw the process of checking and verifying the identity of victims and their needs, using the information compiled by human rights groups as a base.

SKP-HAM had collected 1,200 testimonies about the 1965-66 violence from victims in the area. From these testimonies, it had created and uploaded to YouTube short films of survivors’ testimonies. It had also published a book about the 1965-66 events in Sulawesi, in collaboration with Indonesian author, Putu Oka Sukanta. Mastura wrote the book’s preface. The group supported weaving cooperatives involving women survivors and ran a café and meeting space, Kedai Fabula, at its office in Palu. In partnership with religious groups and the municipal administration, members of the group organized social activities to involve abuse survivors in the life of the city.
The activities of SKP-HAM in Palu is a reminder of what has been lost. It was a trailblazing city whose achievement in human rights advancement provided a model for the rest of the country.
The people of Palu, with a great deal of assistance, will rebuild, but we still wait for more news from the city. SKP-HAM leader Lamasitudju survived the earthquake and tsunami. With a sprained ankle and having lost several family members in the disaster, she is volunteering to collect and provide information regarding the situation in Palu. Indonesia needs groups like SKP-HAM that campaign for inclusiveness and equal rights to survive into the future.
Sumber: The Diplomat
tulisan sebelumnya